It’s nearly the middle of October and so far I have done zero sewing. This is pretty unusual for me because I normally power through at least a few or seven things a month. But it’s also been a bit unusual ’round Petite Font HQ.

At the end of September, the husband and I went to Boston and LOVED it. OMG Boston is great! But the moment I got home I got sick. And not just a few sniffles-and-carry-on sick, but the I’m-going-to-sleep-allllllllll-day-while-my-husband-makes-chicken-soup-and-Flea-Market-Flip-plays-in-the-background kind of sick. That lasted more than a week. Then I had to drop everything and head to Florida for a funeral. That turned into a wonderful if bittersweet family reunion. And now here we are at the almost-mid-October mark and my machine is wondering if I’m about to chuck it.

I’m not! (Though I kind of do want to trade it in for an upgrade…)

I “owe” some people clothing. Way back in May I surprised my mom with a blouse from McCall’s 7542 out of a pretty turquoise crinkle rayon. It was really a tester because the back closure wasn’t quite right and the fabric grows when you sew with it. So I promised her a better fitting one out of a fabric of her choosing. We had a ball one morning in the DTLA fashion district and found a beautiful floral in a lightweight linen/cotton with a metallic thread running through it. So pretty! But after a myriad of fit issues, I gave up. I still had enough fabric for a complete second shirt, so she decided on a Seamwork Loretta instead–and that was back in August. Did I mention it’s already October? It’s been 5 months, mom deserves better. I’ve even already cut it out! So, I should make that already.

September brought a Facebook-based sew-along for the Jalie boxer brief–menswear sewing! I took the husband fabric shopping–his favorite activity!!/s…and that’s as far as I got. I should tape that pattern together and get it made already too. Maybe next week…?

As for selfish sewing (how I utterly detest that term!) I have soooo many patterns at the top of my to-do queue. But I’m taking a page from Emily at Self-Assembly Required and hoping that by making this public declaration, I’ll actually get some of these made!

Not pictured: the October #sewmystyle Hampshire Trouser from Cali Faye Collection. Aiy…so much to do!

For those keeping score at home, that’s a total of 21 patterns I’d like to get through in the next 21 days. And was I planning on making a Halloween costume? Hahahahaha, not anymore!! 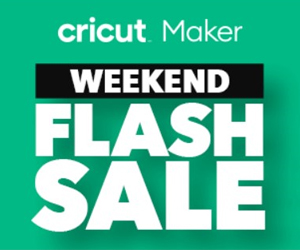