File this under the worst thing I ever made. Tequila pineapple upside down cake is a major FAIL.

It looks normal and even beautifully plump. But a picture tells 1,000 words, and this one is full of lies!

Look, I’m not a bad cook. In fact, I’m better at cooking than I am at sewing. Or lifting. Or photography—and people used to pay me actual cash money for that last one.

All that to say: I know how to cook.

El Hubo, on the other hand, is a good baker. Baking is a much more precise science than cooking. And as a software engineer, precision is very much his thing.

Way back when I first met Ryan, he was just some dude I wanted to impress, right? So for his first birthday, after we were officially “together,” I tried to make him something special.

And pineapple upside down cake was his favorite, so that’s obviously what I was going to make.

But how to make that special? With some alcohol of course!!

This was back in 2013. Food blogging was just reaching mass popularity. Food blogger turned tv personality The Pioneer Woman had been on the air for about 2 years. So there were tons of free recipes on the internet from anyone and everyone.

A version of this post originally appeared on my own food blog. *ahem*

Imagine my surprise when I couldn’t find a SINGLE recipe for alcohol-infused pineapple upside down cake! Not one! This one I just found after a quick Google search today in 2019 was NOT there. Even if it is dated 2010. I call shenanigans.

So what did I do? I winged it! What could go wrong?

My dad’s favorite cake also happens to be pineapple upside down cake (what’s that line about girls marrying their fathers?). My mom makes a wonderful version so I used her recipe.

But instead of adding simple pineapple rings to the cake, I decided to soak them in tequila.

And this is where everything went to hell. This was the decision that killed the cake.

I used an inexpensive tequila from Trader Joe’s. Zapoppan tequila reposado is fine on its own. Great for mixing or chilling and drinking straight, if that’s your thing.

A reposado isn’t the base level tequila either. I thought I was adding a little something extra over a basic silver tequila.

Well. What you should NOT do with a reposado, no matter how cheap or expensive it is, is soak pineapple rings in it. Just don’t.

I made single serving cakes in their own ramekins topped with pineapple rings that had soaked for a few hours.

To quote from the original story:

I baked the little cakes in their ramekins, popped them out to cool as we enjoyed his birthday dinner, then lit a candle and sang him a little off-key rendition of Happy Birthday. I took the first bite, and rushed to stop him before he could make the same mistake.

I still remember the horror of that first bite. It was, in a word, AWFUL. Truly disgusting. I gagged. And there was nothing I could do to salvage it.

Now, I like tequila. A LOT, and not just because I’m Mexican. Tequila is a lovely spirit. I’m especially partial to Don Julio 1942. But tequila is absolutely terrible as a marinade for pineapples.

What could I have done differently? Made a tequila-infused glaze? Or poured a tequila concoction over the warm cakes? Or left the tequila out completely to enjoy separately!

Obviously, this story has a happy ending since he’s still around. I just leave all the baking to him now.

And that’s the story of how I almost completely ruined my then-boyfriend’s 26th birthday!

What’s the worst food you’ve ever eaten or made? Do you bake? Let me know in the comments if it was worse than this!

I like the tequila-infused glaze idea! Even cooler if we can set the glaze ablaze and caramelize the pineapple sugars a bit.

For your next birthday?

Nooooo that must have been so mortifying! Still, he stayed around, so he must like you more than he needed cake. 🙂

This was a great story and I admire your honesty in sharing it with us!! It does indeed look gorgeous and your intentions were admirable. 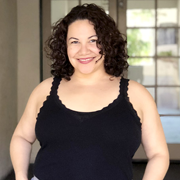